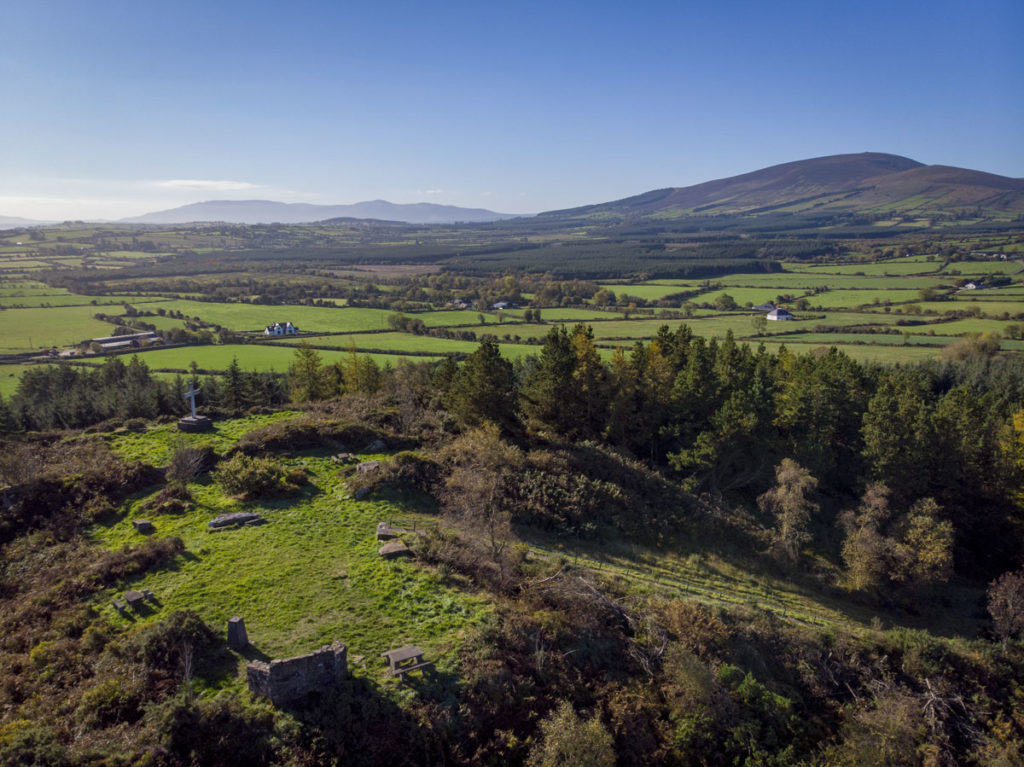 Carrigmoclear Hill is located in the north-east shoulder of the Slievenamon range and about 3 km north-west of Grangemockler. The hill is significant because it was the site of a battle between United Irishman and British forces in July 1798. This was the only military engangement in County Tipperary during the 1798 Rebellion. According to local folklore, the lighting of a fire on Carraigmoclear Hill was supposed to be the signal for the start of the rebellion in this part of Tipperary. However, the Rebels were betrayed by a local innkeeper called O’Neill from Ninemilehouse who learned of their plans and informed William Despard of Killaghy Castle, head of the local yeomanry militia. He lit a fire in the hill to create a false signal and lure the rebels into a trap. Despard then made contact with British army forces in Kilkenny who advanced on the hill. Several rebels were killed in the attack while others were captured and later executed.

There is room for car parking at the entrance to the forestry from the public road. There are also two commemorative stone plaques at the entrance. From here, it is a pleasant, though occasionally steep, 700 m walk along forest roads to the top of the hill. There are concrete steps and steel handrail to help visitors make the final steep ascent. there is a plaque commemorating the battle, a Marian Year cross and an Ordnance Survey trigonometry point on the top of the hill.