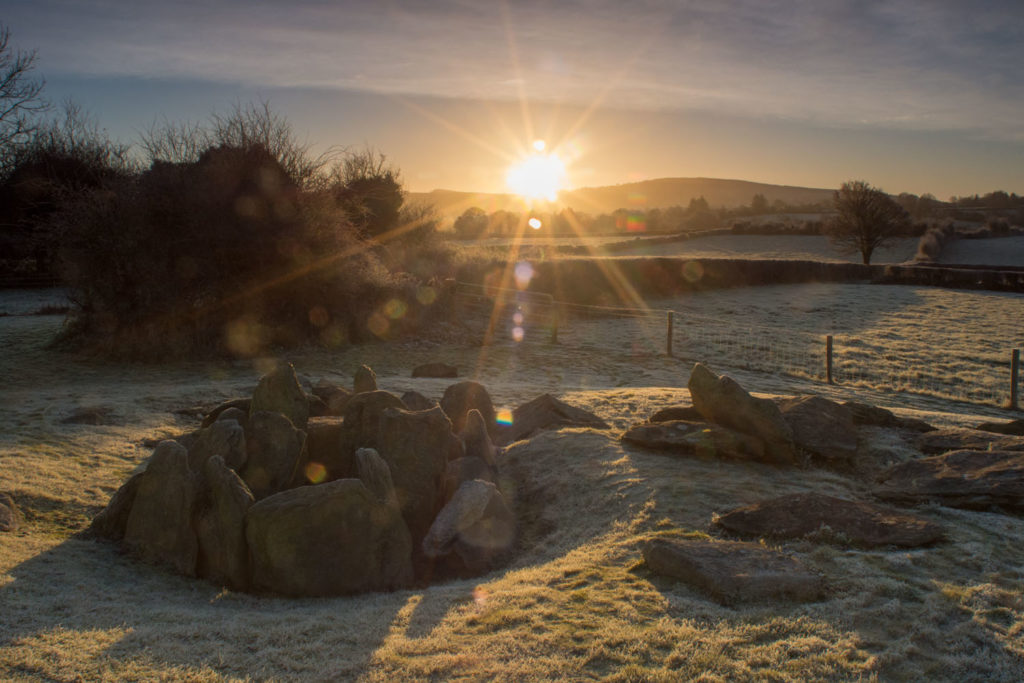 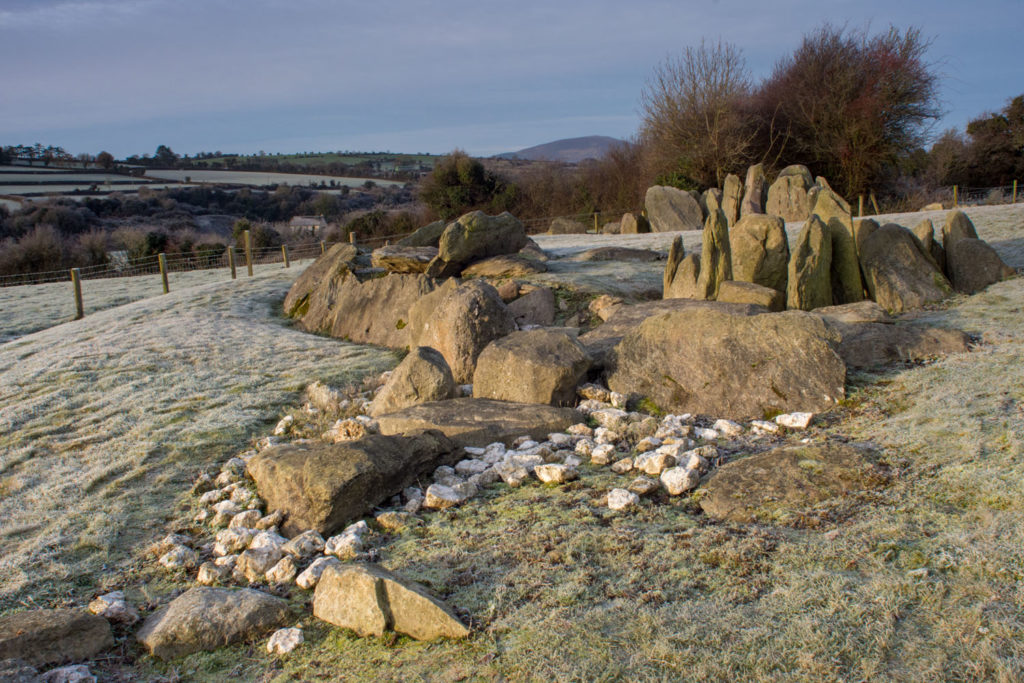 Two burial chambers comprising c.30 decorated stones, north of Ahenny. Overlooks a South-swinging bend in the Lingaun. One of the best examples in Western Europe of a passage-grave or passage tomb, like Newgrange.

The Southern most passage tomb alligns with the Solstice. Baltinglass is the next one up passage grave aligned to the Rising Sun on the Winter Solstice (21st December), the shortest day of the year, as with Knowth and Newgrange BUT Knockroe trumps both because the Western Tomb is aligned with Sunset on the Winter Solstice, at which time the sunlight enters the roof-box and penetrates all the way up the passage of the tomb to shine upon the tall red-sandstone portal at the back, illuminating the entire chamber. And Sunset is a much more sociable time of day! So not only does Knockroe have two tombs, but it is the only passage tomb in the world with both a sunrise and a sunset solar alignment.

Excavated by Muiris O’Sullivan from Department of Archaelogy at UCD, who produced a major report in it.

Weather beaten, eroded megalithic art on decorated stones forming the chamber is similar to designs at Gavrinis in Brittany, France.

Knockroe is older than Newgrange… Constructed around 3000 BC – 5000 years ago = 600 years older than the Giza Pyramids in Egypt, and 1000 years more ancient than Stonehenge.

Knockroe is just one of an extraordinary cluster of tombs in this region and appears to be part of a much bigger Neolithic landscape, like the much wider Bru Na Boinne complex in Meath. This includes Baunfree on nearby Kilmacoliver Hill (Coonan’s Hill) is aligned with the 2 unexcavated cairns on the summit of Slievenamon, a sacred mountain to the ancients.

MYSTERY: Essense of Megalithic Age is we know nothing about them aside from a large quantity of cremated human bones & pottery & pendants… they were places of burial, but they were also shrines where the rituals of life and death were played out.

Celebrate ingenuity of the people who created these passage graves. Those entrusted with the construction of Knockroe were extremely wise, and experienced, from the master builder and architect down to the team foremen. All without modern equipment!

Staggering and unique to have relics 5000 years old; many contemporary works in Europe were destroyed by war and agriculture.