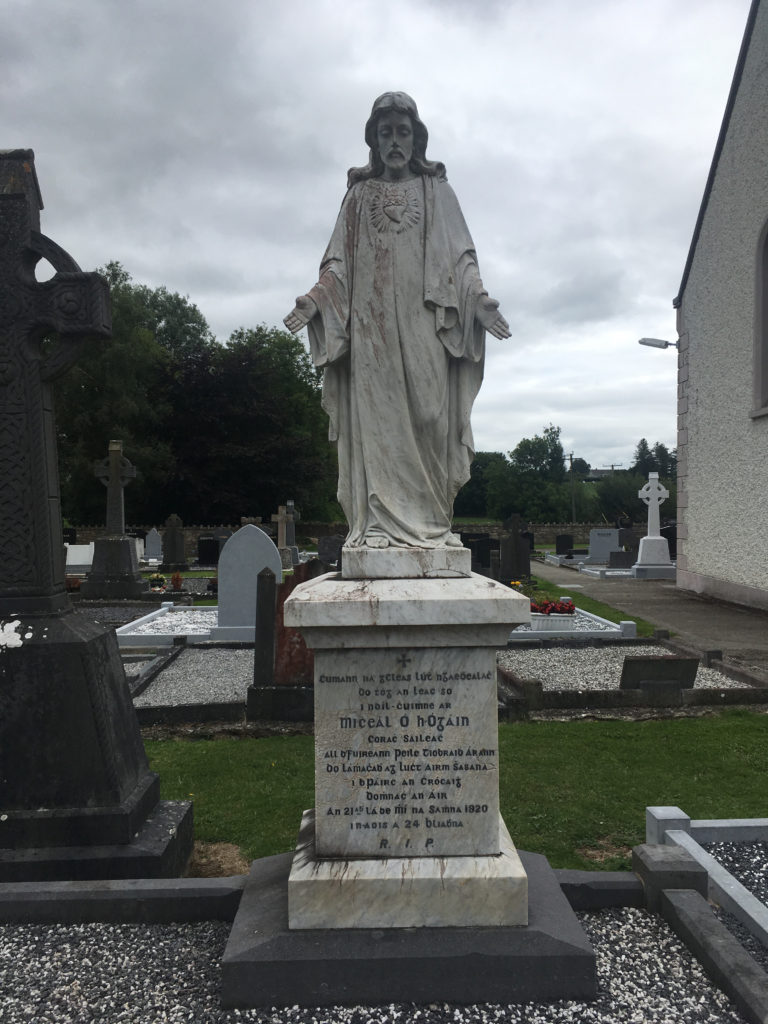 St. Mary’s Church is a late nineteenth century Catholic Church in Grangemockler village, which has some interesting architectural features, particularly the carved limestone bell cote to the front.

The surrounding graveyard is the burial place of Michael Hogan, the Tipperary footballer who was shot dead on Bloody Sunday in Croke Park, 1920. The Hogan Stand in Croke Park is named after him. He was active in the IRA and played in the football match that day despite having been advised not to do so. There are several first-hand accounts of the events from other players who took part in the game. A plaque at the entrance to the churchyard commemorates Michael Hogan.

Michael Hogan family grave is locaed in the graveyard to the left of the church. As well as the family headstone, there is a statue erected over the grave by the GAA with an inscription in Irish. There is also a plaque in the pier at the front entrance to the churchyard commemorating Michael Hogan.