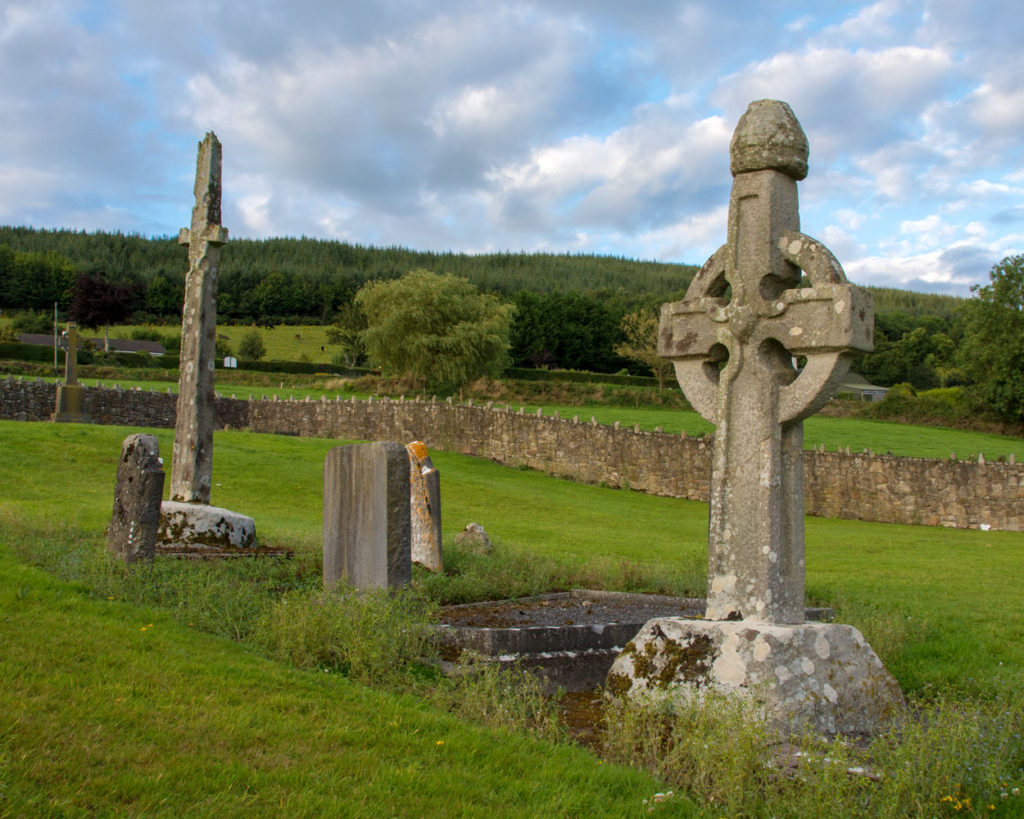 Kilkieran is named for St. Kieran, the pre-Patrician Saint. His father was Lugna, a Nobelman of a Dål Birn rulers of Osraige, and before he was concieved his mother had a dream that a star fell into her mouth. She related this dream to the Druids who were knowlegable of such things and they told her she would bear a son whose fame and virtues would be known as far as the world’s end. Her Son Kieran establised a cell in a wood in upper Osraige which became the chosen burial place for the Kings of Osraige.

Three sandstone high crosses are located in Kilkieran graveyard plus remnants of a fourth, and they stand between 2.8 and 3.5 metres high. They are thought to date from the ninth century, The west cross is very similar to the crosses at Ahenny. The north cross at Kilkieran is distinguished by its tall and slelnder shape and unlike the other crosses it has no ring.