In Ballyneill Village there is a monument and an interpretive panel dedicated to Tom Kiely aka 'the Champ Kiely' (1869-1951). He was a native of the area and a noted athlete in the late nineteenth and early twentieth century. He had numerous world records and titles, but his crowning achievement was winning a gold medal at the 1904 Olympic Games in St. Louis. Kiely completed in the All-Round event, the forerunner of the modern decathlon, All ten events took place in the same day. Kiely travelled independently and according to local tradition declared himself a representative of Tipperary and Ireland rather than competing under the UK flag.

He could be considered Ireland's first Olympic medalist. He became a nationalist hero in pre-Independence Ireland. He later served a term as Vice-President of the GAA. Close by is the site of the first Gaelic Football match played following the foundation of the GAA in November 1884, which is marked by a small plaque.

Tybroughney Castle is now a private residence. It was a very important trading post due to its position near the head of the tidal part of the river Suir.

Overlooking Tullahought village from the summit of Bawnfree (900 ft.) is a circular enclosure of standing stones which date to the pre-historic era. Only the weathered remains are now visible and it can be viewed in the distance from the route of a National Walk from Tullahought village.

The name Kilmacoliver derives from a later date and means Mac Oliver's Church, where a castle once stood overlooking the Lingaun Valley.

*photographs by permission of Richard Walsh

Carrigadoon Hill has a large well preserved hill fort on top dated from approx 1300 BC. This hill fort has commanding views of the surrounding countryside.

There was a monster meeting on the top of Slievenamon on July 16, 1848 where 50,000 people were addressed by Thomas Francis Meagher and John Michell. People were angry after the famine which saw the population of South Tipperary drop from 284k to 184k in ten years and also having seen so much food exported! The tricolour had been brought back from France and unveiled in Waterford in May of that year and was seen as a flag of unity and peace. But Mitchell and Meager were arrested and sent to Van Diemans land, Meagher went on to escape to America and become a General in the union army and later Governor of Montana. The people were poorly armed or trained and most British regiments were still in Ireland.

In 1848 a band of Young Irelanders held a siege in Mullinahone and set up camp on the old hill fort at Carrigadoon, North of Faugheen. They overlooked the fertile valley, the two regiments and the harvest of corn underway, and they were led by John O Mahony from Ballyneill. He went on to found the fenian movement in the USA in 1858 with James Stephens and died in poverty in New York.

The Hill was also a hideout for rebel Dan Breen during the fight for Irish freedom.

Harristown Dolmen or Kilmogue Portal Tomb is one of the tallest and most spectacular examples of a Portal Dolmen in Ireland.

Known as 'Leac An Scail' - stone of the warrior hero, the portal tomb has been constructed using a large capstone on two portal stones and a pillow stone. The portal stones are approximately 3.7 m high and the capstone reaches up well 4 m. The entrance faces North East towards the Summer Solstice sunrise.

It was constructed between 3000 BC to 4000 BC. The Portal Tombs were built long before Celtic Culture reached Ireland.

3 km from Windgap - both stones of greenish sandstone found in the local area.

Ogham Stones are typically standing stone on which short marks are made in groups of between one or five notches, usually on the edge of the stone.

Each group signifies a sound in old Irish, and they are the oldest surviving written form of the language dating from the end of the 4th up to the early 9th century AD.

400 meters North East of the ruined 12th century Church in Owning Village is a Dolmen.

This Dolmen has an impressive capstone and stands behind an 18th century mill, and was well known by the local population for its antiquity as 'The Druids Altar'. Nearby are several spring wells. This Dolmen is one of a series of six in the vicinity which is peppered with standing stones and ancient cooking sites or 'fulacht fia'. Many of these line the edge of the fertile valley and the line of fresh water springs that would have made the valley a preferred area to live in ancient times..

The Dolmen was 're-erected' some years ago and can be seen to the right going up Owning Hill. It's on private property.

721 m (2,365 ft) high, Slievenamon provides a dramatic view from the top over the counties of Tipperary, Kilkenny and Waterford and the Lingaun and the Suir Valley.

There are at least four pre-historic monuments on Slievenamon. On the summit is an ancient burial Cairn with a natural rocky outcrop on its East side forming the appearance of a doorway. The remains of a cursus or ceremonial avenue leads up to the Cairn from the East. On the mountain's Northeastern shoulder, Sheeqouna, is another burial Cairn and a ruined Megalithic Tomb. They were seen as the abodes of Gods and entrance to the Otherworld.

When the first great monuments came to be built in the vicinity of Slievenamon just before 3,000 BC, a Cairn was located on the summit of Slievenamon so that it could be seen from the countryside to the East and specifically from Knockroe and Baunfree where megalithic Tombs were constructed.

Slievenamon can be reached from the N76 (the Kilkenny to Clonmel road) from which you can take the turn off for Kilcash. Continue on through the village following the signs for "Slievenamon Drive" until you come to a sign for 'Slievenamon Summit'. Park up here and follow the track leading off from the left-hand side of the road.

A low hill attached to Slievenamon, known as Carrigmaclea (a.k.a. Carraigmoclear), was the site of a battle during the Irish Rebellion of 1798.

Legend has it that Fionn Mac Cumhaill was sought after by many woman but could only have one wife. So he called for a race to make his choice: his wife would be the first woman to race to the top of Sliabh na mBan. Fionn gave the start signal standing on the cairn at the top of the mountain and the winner was Grainne.

The song Slievenamon, written in the mid 19th century by revolutionary and poet Charles Kickham is a well-known patriotic and romantic song about exile, used always at Tipperary hurling matches. 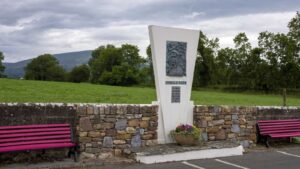 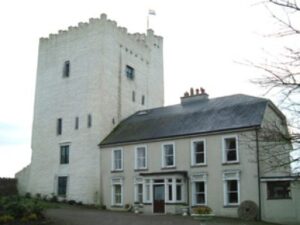 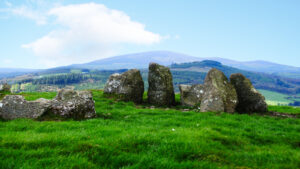 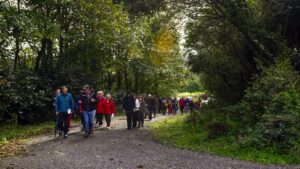 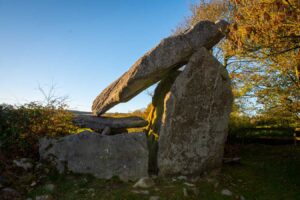 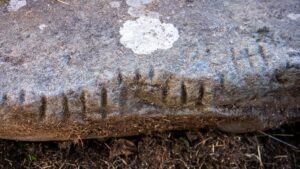 We are proudly sponsored & supported by:

We use cookies on our website to give you the most relevant experience by remembering your preferences and repeat visits. By clicking “Accept”, you consent to the use of ALL the cookies.
Cookie settingsACCEPT
Manage consent

This website uses cookies to improve your experience while you navigate through the website. Out of these, the cookies that are categorized as necessary are stored on your browser as they are essential for the working of basic functionalities of the website. We also use third-party cookies that help us analyze and understand how you use this website. These cookies will be stored in your browser only with your consent. You also have the option to opt-out of these cookies. But opting out of some of these cookies may affect your browsing experience.
Necessary Always Enabled

Any cookies that may not be particularly necessary for the website to function and is used specifically to collect user personal data via analytics, ads, other embedded contents are termed as non-necessary cookies. It is mandatory to procure user consent prior to running these cookies on your website.